After racing the 914 with the gas-guzzlers on Satuday, I took her to the Earth Day event on Sunday at El Chorro Park in San Luis Obispo.  The previous two years I took the Beetle and told people about the wonders of biodiesel.  Amber from my biodiesel group brought her biodiesel VW down this year, so it was my opportunity to show the 914.  I figured there would be some interest, but I was happily surprised to have a crowd around the car the whole day.

Most people liked the electric conversion, the quality of the restoration or talked about their memories of the 914 back in the day.  The crowd was pretty knowledgeable about electric vehicles, but I did get to dispel some urban legends about electric cars, battery technology, charging time, Tesla, the Leaf and the Volt.  I fact I was parked between a Leaf and a Volt. 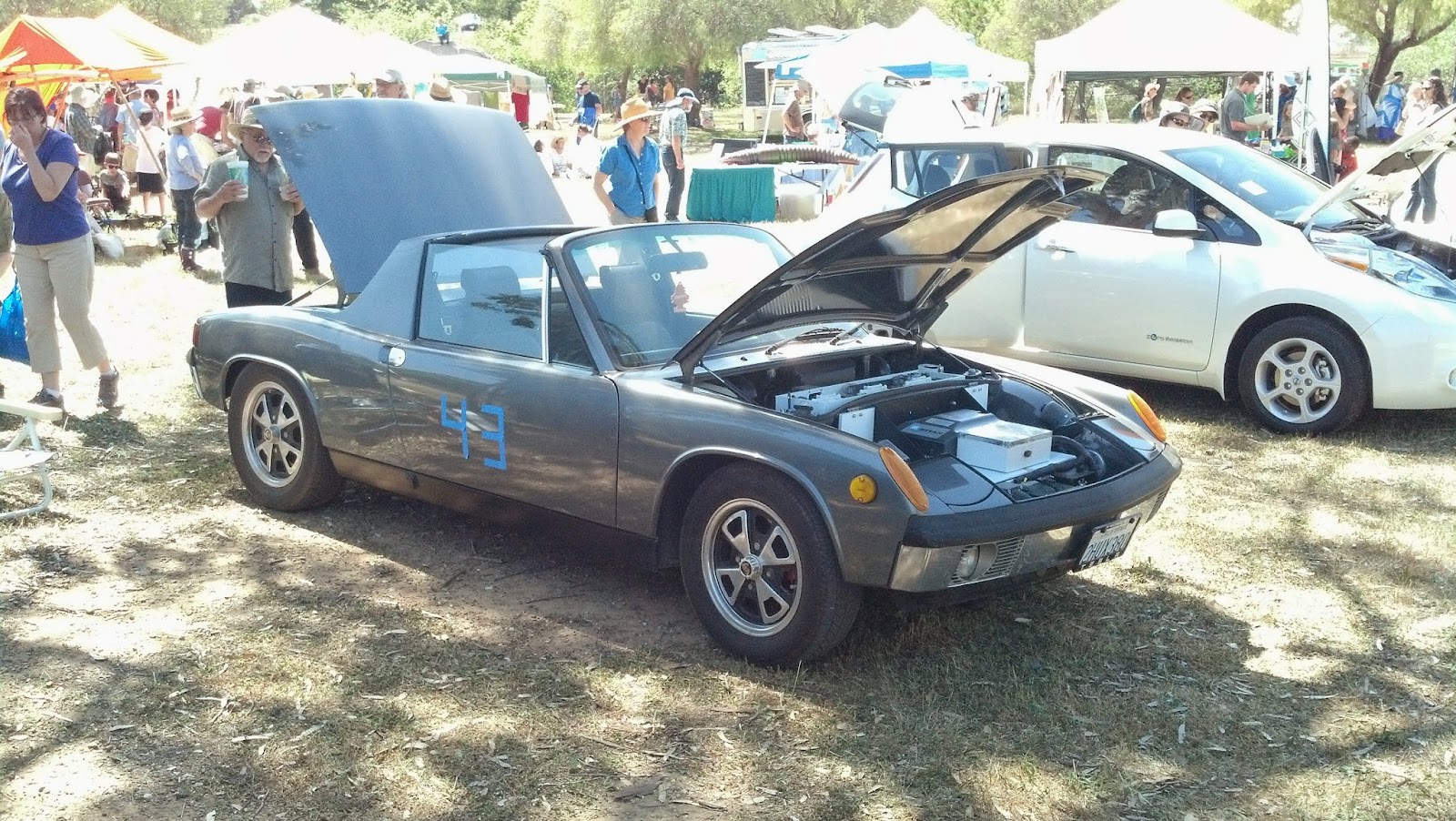 Kari from the local Coast Nissan dealership was there, showing folks the features of the Leaf.  She's a great advocate of electric vehicles in general and the Leaf specifically.  Be sure to contact her if you're in the market for an affordable pure-electric vehicle!
Posted by Michael Brown at 9:47 AM No comments:

After attending the first two Porsche club autocross events as a course worker, this time I took the 914 down on a trailer, 80 miles each way, not going to make it!

When I got there I realized I left my GoPro at home, so no footage of me running the course.  I did take a few pictures while lined up in the starting blocks with my group. 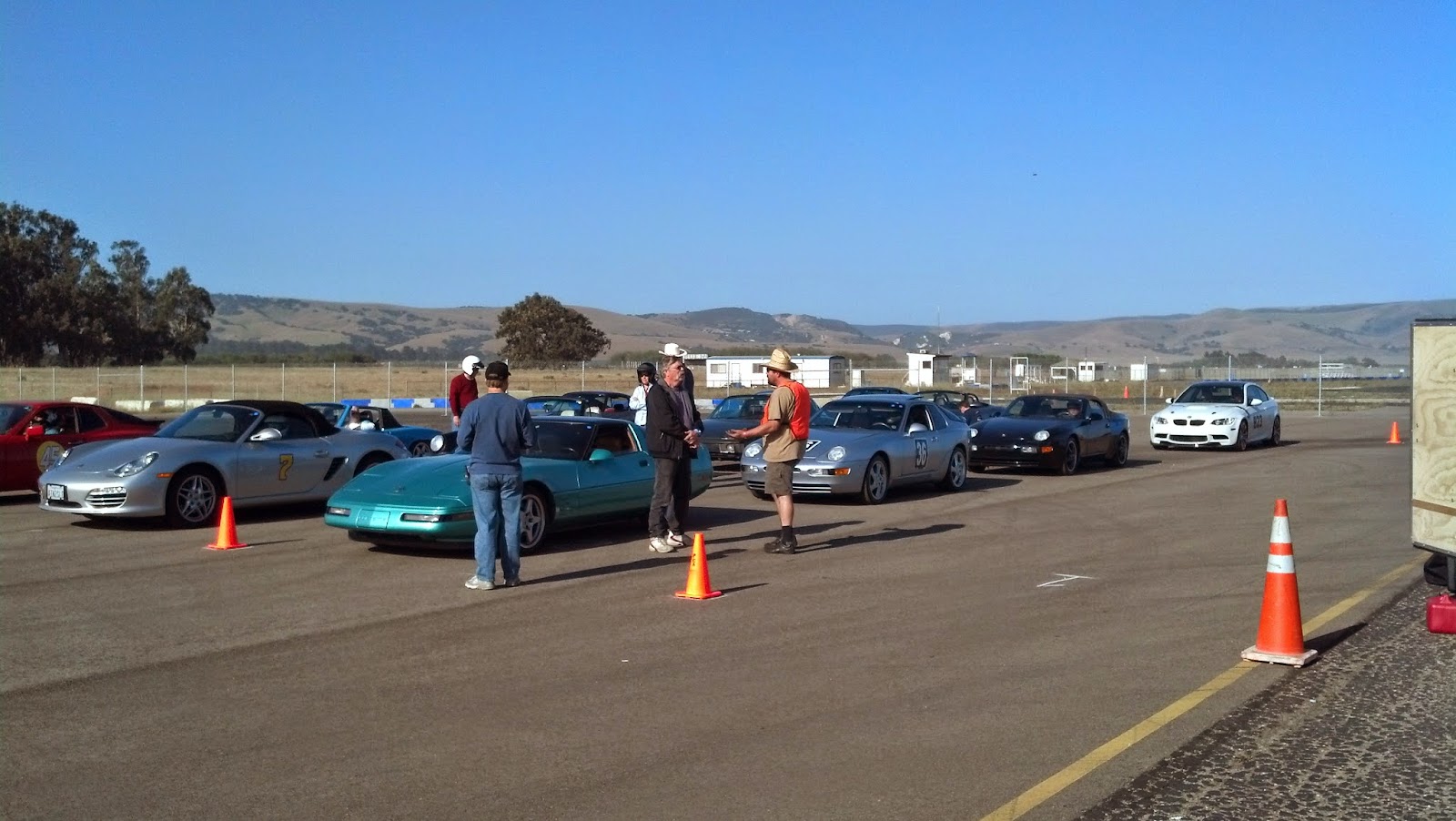 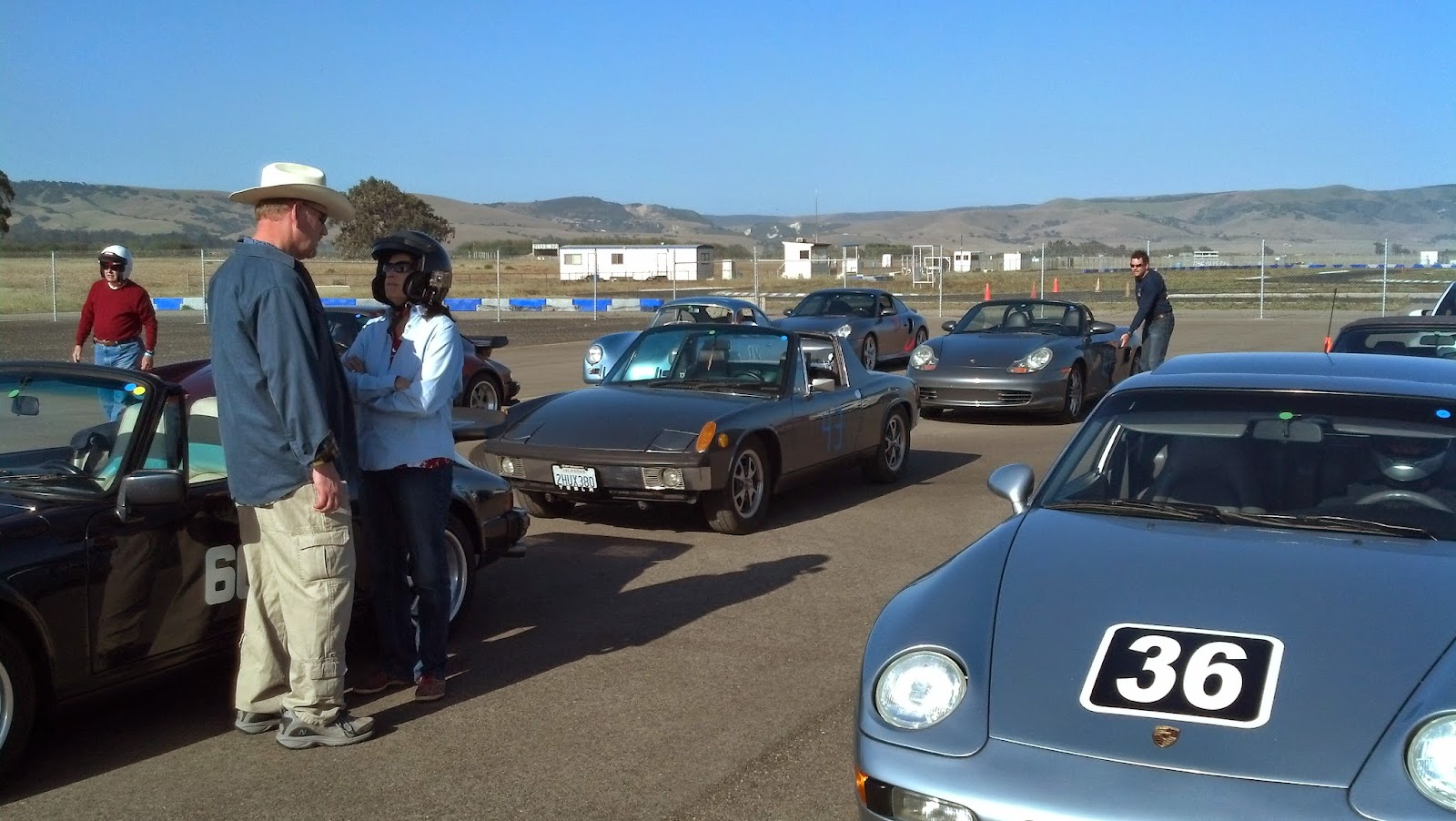 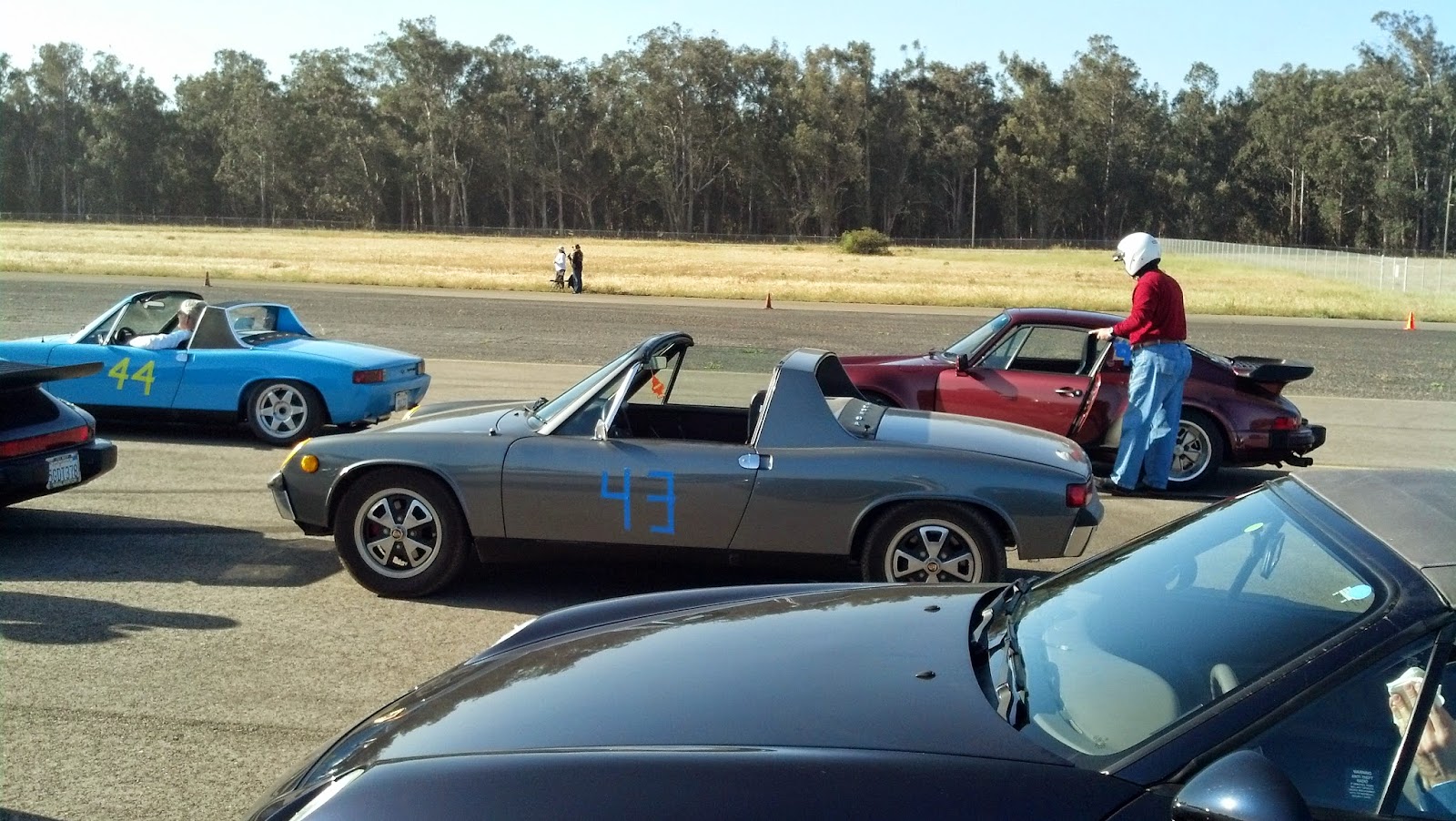 We each got 4 runs in the morning and 3 runs in the afternoon.  On my first two runs, I went off course.  Remember that the track course is outlined with little orange cones and the organizers made a crossover point right in the middle, so it was shaped a bit like an infinity symbol.  The crossover was, in my opinion, badly marked with the cones too close - my brain was screaming that it was the wrong place to go, just the gap between two neighbouring cones.  On run 3, I managed to get all the way through and set my first time of 99.398 seconds.  Each run from there got faster as I learned the course and pushed the car harder.  My last lap time was 85.2 seconds.  To me, it felt pretty fast but remember I'm going up against performance street cars and several dedicated race cars.

My best time was dead last, but I was only 7 seconds behind a beautiful Porsche 930 Turbo with the big whale tail.  Obviously the car wasn't being pushed at its limits, but I'll take that statistic any day.

I can't post the full results file since Blogger can't insert a PDF file...  The best lap of the day was a 57.053 from a Corvette Z06, followed closely by an awesome 2004 Volkswagen R32 with all-wheel drive.
Posted by Michael Brown at 9:30 AM No comments: