Continuing my trip, I made a stop in Amsterdam and visit Anne Kloppenborg and his New Electric company, building electric cars and boats.

I made my way to Anne's workshop which is tucked in behind some industrial buildings.  I walked into the right shop and saw Ray and Celso and Anne.

A customer Volvo was up on the hoist being converted for the CEO of an electric car charger station company.  The Delta boat that didn't finish the English Channel crossing was in pieces, apparently the contactor failed from heat thrown off by the fuse that was running near its limit.  3/4 of the way across the English Channel is a tough place to have an electrical glitch!  A simple redesign of that part of the circuit should avoid concentrating the heat, with a next try scheduled for December.  The 818 project is in process but delayed by paying customer work (which is always good to have!)  There was a small cabin boat out the back in the canal being converted.

Trying to help out a bit, I built up a parallel pack of 10 CALB CA100 batteries and Celso initiated the bottom balancing process.  I was careful not to drop the wrench across the battery terminals...

Anne had a meeting with an electric boat motor company at a trade show in town so we went in.  I got a visitor badge and we found the booth.  While Anne talked with them, I explored the next few aisles of products. 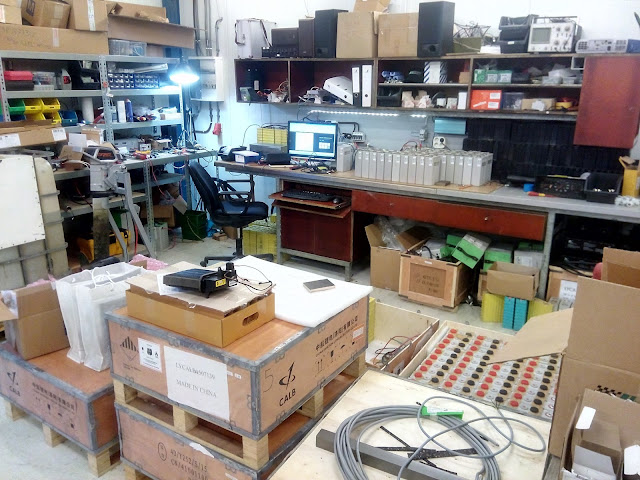 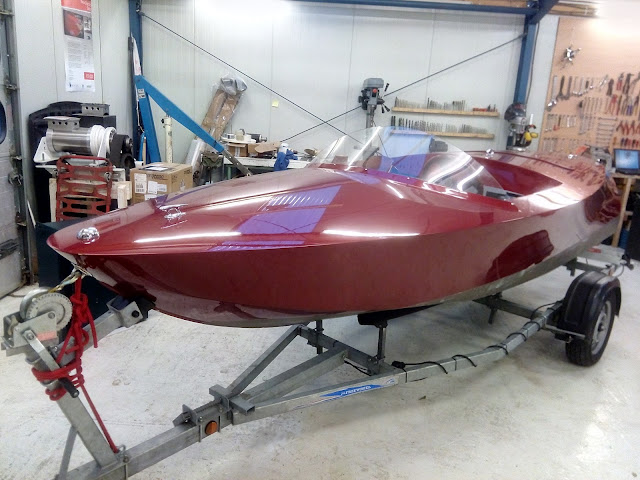 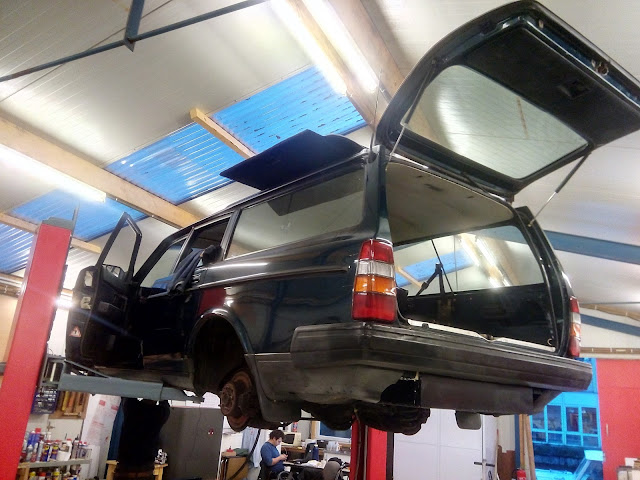 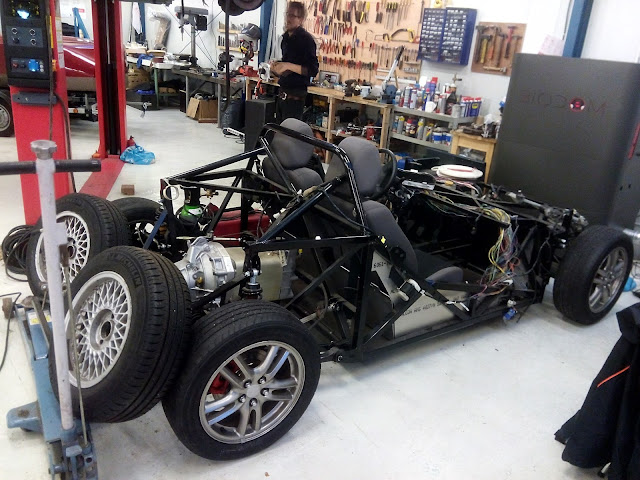 Later in the week we walked down to the two canal boats that Anne had installed electric motors and batteries into.  These are new and he did the installation in conjunction with the boat manufacturer.  The battery packs hold 180 KWH, this is a monster, as much as two Teslas, folks!  They have between 2000 and 3000 hours of service in only 8 months and they're still purring along. 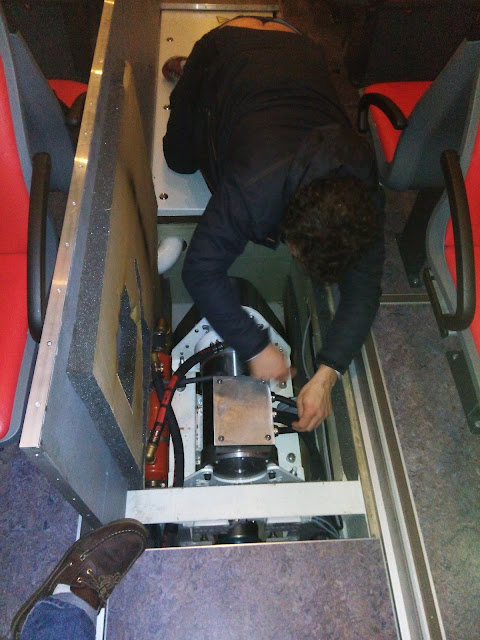 Posted by Michael Brown at 3:52 PM